The Battle For Bragging Rights -The Debate Over The ‘World’s First Restaurant? 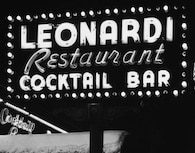 The Battle For Bragging Rights -The Debate Over The ‘World’s First Restaurant?

Historians and food anthropologists all agree – people have been dining out since the ancient times. Evidence of public restaurants has been found throughout Greece, Eastern Europe and China dating back to ‘BC’ times. Apparently the residents of the doomed Roman city of Pompeii were especially fond of eating out – no fewer than 158 open-air food bars (known as thermoplia) have been unearthed among the volcanic ruins there.

However, there isn’t quite the same level of agreement about who gets to claim bragging rights as the world’s first modern restaurateur. That, my friends, remains a debatable, and in some circles, highly sensitive subject.

Legend has it that the first modern restaurant was opened in 1765 Paris by a tavern keeper named Monsieur Boulanger. This enterprising Frenchman wanted to break into the business of serving up food, but his lack of membership in one of the numerous professional Guilds (such as the Breadmaker’s, Pastry or Winemaker’s Guild) prevented him from hawking his wares.

To dodge the control of the Guilds, Boulanger decided to create his own ‘Soupmaker’s Guild’ to legitimize his signature (and only) dish – a soup made from sheep’s feet that were simmered in white sauce.

Boulanger claimed his concoction had restorative powers (we’re not quite sure what exactly it was supposed to restore….), and he adorned his shop window with a sign that proclaimed something like “Boulanger sells restoratives…”. In French, the word ‘restorative’ roughly translates to ‘restaurants’; this led to Boulanger being credited with opening the world’s first restaurant (not to be confused with ‘Sobrino de Botin‘, the world’s oldest restaurant…that’s another story)…

That’s what many naysayers believe the legend of Boulanger and his sheep-foot soup is – merely an urban legend.

The movement to discredit Boulanger of his title as the world’s first modern restaurateur is being led by an American academic working in London named Rebecca Spang.

In a nutshell, Miss Spang, a culinary historian, has challenged the French to provide proof of Mr. Boulanger’s story, or at the very least, his existence.

According to an article in the U.K. Telegraph, Miss Spang is quoted as saying “This man Boulanger simply never appears in any of the sources I have examined”. In other words, the story’s a scam – albeit a good one.

So, the debate over who opened the world’s first modern restaurant continues…

What isn’t disputed is the claim to the first restaurant in the U.S. – Delmonico’s of  NYC, opened by brothers Giovanni and Pietro in 1830….or was it???

Produce Services of Los Angeles supplies a full line of delectable fruits and vegetables to top restaurants throughout Southern California.  There are many Los Angeles produce companies but only one PSLA!  Please REQUEST A QUOTE or visit our homepage at www.pslainc.com to learn more!