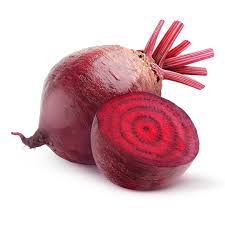 Beauty And the Beets

When it comes to root vegetables, none have deeper historical roots than the beet. For thousands of years beets, a.k.a. beetroots, have been cultivated, however, their place at the dinner table is a relatively recent role for this blood-red relative of Swiss chard, spinach, quinoa, and amaranth.

The history of beets can be traced as far back as Ancient Egypt, Rome, and Greece, making it one of the oldest known vegetables. Seabeets, a direct ancestor of today’s sugar beets, grew wild along the shores of the Mediterranean, where the earthy vegetable was prized for having medical qualities; or more specifically, as an aphrodisiac.

Legend has it that if a man and woman ate from the same beet, they would fall in love, and beets were often traded as a form of currency. Red beets were said to have adorned the walls of brothels in 740 AD, which may have paved the way for today’s ‘red light’ districts.

The first recorded use of beets as food occurred in Europe in 1542, with early varieties being long and narrow like a carrot. The round, stout beetroot bulbs that we’re all familiar with didn’t appear until the late 1500s, however, the popularity of beets as a dietary staple was limited to Northeastern Europe due to the fact that it was one of the few vegetables available which could be grown throughout the wintertime.

The Birth of the Sugar Beet Industry

In 1747, German chemist Andreas Sigismund Marggraf developed a process to extract sucrose from beets, giving birth to today’s thriving sugar beet industry, and inspiring a renewed interest in the root vegetable. Sugar beets now provide about 1/5 of the world’s supply of sugar, and thanks to the fact that sugar production from beets requires 1/4 the amount of water that sugar cane processing does, sugar beets are a popular crop in arid countries.

Given the fact that beets have a distinct, somewhat ‘earthy’ taste, they fall into the category of vegetables that folks either love, or hate (along with Brussels sprouts and spinach). The “anti-beet camp” includes the Obama’s, who are reported to have deliberately excluded beets from the White House garden during their tenure there, while Thomas Jefferson embraced the beet and planted them at Monticello.

A Modern Take on Beets

Most beets sold in the United States are deep red, however, there’s been a recent beet renaissance thanks to the fact that boutique producers are now cultivating unique varieties that come in a rainbow of colors including purple, pink, golden, and white. Even striped beets, a.k.a. the ‘Candy Cane’ beet, is popping up on the shelves of your favorite wholesale produce company!

One distinct advantage that these new varieties offer both chefs and consumers is the fact that pale-colored beets tend to be milder in flavor than their deep-red relatives, and as a bonus, light-fleshed beets don’t bleed once they’re cooked.

And just like most root vegetables, beets are a great source of fiber, nitrates, and energy-boosting Vitamin B. It’s also important to note that despite their sweetness, beets actually are relatively low in calories, making them a great way for calorie-counting diners to enjoy a sweet treat!

So the next time you’re looking to spruce up a salad, create a satisfying bowl of soup, or even add some color to a pastry, why not add beets into your menu?

Produce Services of Los Angeles is a proud partner and produce supplier to over 400 restaurants throughout Southern California!  We carry a full line of fresh and frozen fruits and vegtables along with dairy and dry goods!