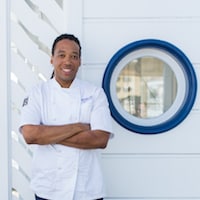 Artful, inspired, thought-provoking. A chef’s cuisine is their identity, their medium. A well-crafted meal provides those fortunate enough to experience it with a discussion. The meal itself is a work of art and the subject of lively interpretation. To taste a chef’s creation is to catch a glimpse of their soul. When Produce Services of Los Angeles first heard of Chef Fullilove, the only thing we knew for sure is that we needed to know more. His list of accomplishments and aspirations are dizzying, leaving us to wonder what culinary spectacle is coming next. We have one answer- Barbara Jean LA. 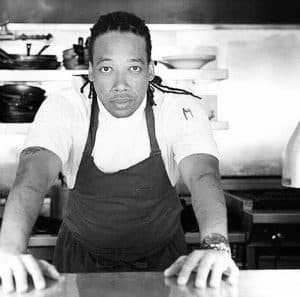 Jason Fullilove grew up in Ohio where he began his culinary career working in country clubs and restaurants. Recognizing his true passion, he relocated to New York where he studied at the prestigious Culinary Institute of America. Armed with a solid technical background he ventured out onto the New York restaurant scene. He earned the position of Head Restaurant Chef at Mangia, followed by Executive Sous Chef at Isabella’s. Longing to expand the depth of his culinary vision, he traveled to the Caribbean and served as the Chef de Cuisine at the illustrious Ritz Carlton on St. Thomas. At last he found himself in California with a list of accolades to his credit. Such endeavors include Chef de Cuisine for The Gorbals, Executive Chef at Da Vinci, stints at Malibu Pier, as well as a Catering Chef for The Patina Group. 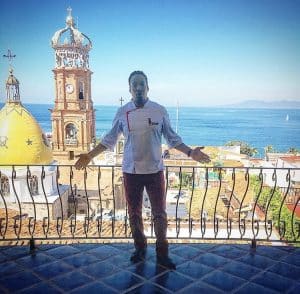 With all his training and experience, it seems Chef Fullilove has never lost sight of home. One distinct component of his unique cooking style is the influence of his mother and her African-American cuisine. He has taken his roots and elevated them to sophistication with an edge. Foods that were once humble reach heights of delicate refinement. The culmination of his influences from mentors, environment, and personal culture have allowed him to create a cuisine as distinct as he is.

Now with much anticipation, Chef Fullilove is renewing his passion for soul food in a pop-up restaurant of his own making-Barbara Jean. Opening Feb. 24 on the famous Melrose Ave., he will be serving dinner Friday and Saturday nights, with brunch on Sundays. He’s reviving many classics with a contemporary spin, like black-eyed pea bisque, charred okra, and saffron poached apples. He’s embracing his love for the farm to table philosophy, integrating modern cooking techniques such as charring and fermentation. There’s no doubt he will be innovating uses for ancient grains, limes, pumpkins, and a myriad of root vegetables. Assuredly he will entice the palate with flavor combinations we’ve yet to even conceptualize. PSLA is proud to be the wholesale produce supplier for Chef Fullilove’s upcoming residency and latest incarnation of Barbara Jean. 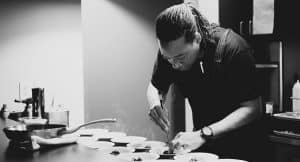 For many a chef this may be enough, but Chef Fullilove has yet another project in the works. Partnering with Gelson’s Market, he is a featured chef in their newly launched Be Salted at-home meal kits. The meal subscription service model is being brought in store, where home cooks can try their hand at recreating professionally inspired dishes. Just another way Chef Fullilove is sharing his passion for food and his culinary signature. 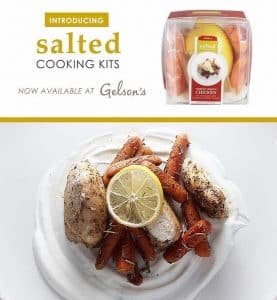 And with all this, the question is, are you ready for a throw down? March 12th Chef Fullilove is squaring off against Katsuji Tanabe of Mexikosher LA in a head to head, mano et mano, freestyle competition staged in front of a live audience. These two chefs, each a tour de force in their own right, are way too international to have this event merely be dubbed East vs. West. The Knotted Apron in Whittier will host this culinary blow out of epic proportions. Who will be voted the Champion of Chef Throwdown? That remains to be seen, but one thing is certain, this battle will be legendary, and no one will leave hungry.

Chef Fullilove never misses an opportunity to seize the moment. His vision and culinary drive seem endless, each new venture adding a layer to his already brilliant career. Focus and determination lead his artistic mind. We anxiously await his next parlay into greatness, and if asked if we think it will be his own version of spectacular, the answer is simply- yes chef!

Produce Services of Los Angeles is a proud partner and produce supplier to over 400 restaurants throughout Southern California!  We carry a full line of fresh and frozen fruits and vegetables along with dairy and dry goods!