Born and raised in New England, Michele Ragussis has lived and worked among some of the biggest food capitals of the east. She calls Brooklyn home, but visits New York regularly and has lived in Connecticut, Maine and other northeast states, so it’s not surprising that her cooking is imbued with classic Italian taste. Her heritage, which is both Italian and Greek, inspires many of her dishes, and her love of cooking dates back to childhood.

While she always loved cooking and took cues and inspiration from her mother, Ragussis says she didn’t become interested in dicing, slicing, searing, and baking professionally until her mid-20s. Since then, she’s worked her way up in the restaurant world, making it to the executive chef level. Ragussis has almost a decade of high-level cooking under her belt, and as of 2018, she’s the executive chef at Central House at The Crown, which is located in Provincetown, MA. 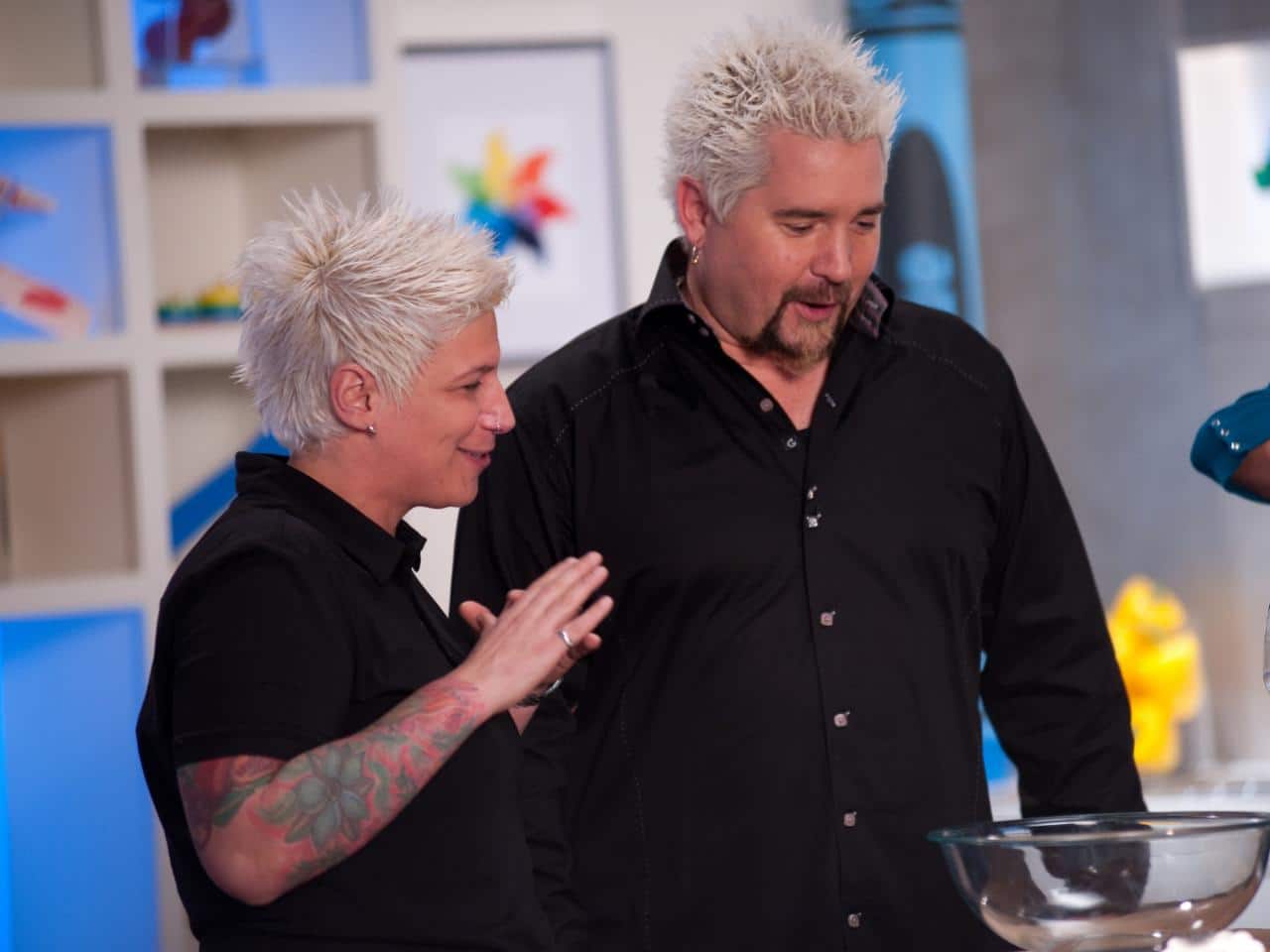 Ragussis has made a name for herself as a Food Network Star by appearing on around half a dozen competition cooking shows. She doesn’t do it solely for the chance to win; she said she loves the challenge of the shows and the fact that they keep her on her toes. It’s not surprising that Ragussis would participate in these shows for the love of it; when asked what the best thing about being a professional chef is, Ragussis answered, “I get paid to play with food!” Even after years of proving herself in demanding restaurant kitchens, it seems Ragussis still sometimes gets giddy with wonder that this is all really happening. It’s not all fun and games, of course. She notes that the long hours associated with the job can be brutal.

One of Ragussis’s first cooking show appearances was on Chopped in 2010. She made it through the entree round in her Food Network debut before being eliminated. She returned to television the next year with her partner, Davina Thomasula. They competed in an episode of 24 Hour Restaurant Battle and won.

In 2012, Ragussis returned to the network on a season of Food Network Star. Her signature dishes and personal flair saw her through to the finals of that season along wtih three other chefs. While she didn’t win, Ragussis was invited back in 2016 for a show called Comeback Kitchen.

For The Love of Food 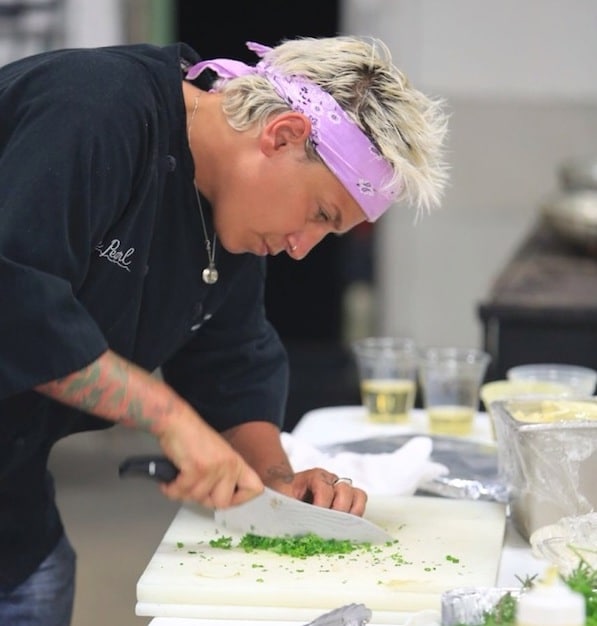 Whether she’s dicing and simmering things on camera, cooking in her own home, or crafting dishes for her commercial kitchen, Ragussis definitely has some favorites. She loves New England traditional tastes, especiallly seafood, and incorporates those flavors into many recipes. Her signature dish, she says, is linguini with clams, and of course it’s best when made with fresh New England clams.

It’s not all seafood and elegantly plated restaurant food, though. When asked about favorite dishes from her childhood in an interview, Ragussis listed a number of items her mom made growing up, including Pastito, stuffed artichokes, Sunday sauce, and rice balls. She says these foods bring her comfort and remind her of family and home. She even listed some of the same foods when asked what her last meal would be if she had a choice.

Ragussis loves to travel, especially for food purposes, and spends downtime outside of the kitchen with her friends and family. She supports a number of causes, especially those related to children and pets. When asked by an interviewer to list a few, she said No Kid Hungry, Make a Wish Foundation, and anything to do with animals.

Ragussis says that the key to success in the professional cooking world is to start from a place of passion. She tells home cooks to start by mastering the foods they personally love, because it makes the process more fun. So far, it seems to be working really well for her.

Produce Services of Los Angeles is a proud partner and produce supplier to over 400 restaurants throughout Southern California! We carry a full line of fresh and frozen fruits and vegetables along with dairy and dry goods!  Not only do we support local farmers and source local produce whenever possible, we support up and coming talent in the food community.