Cherries – Did You Know? 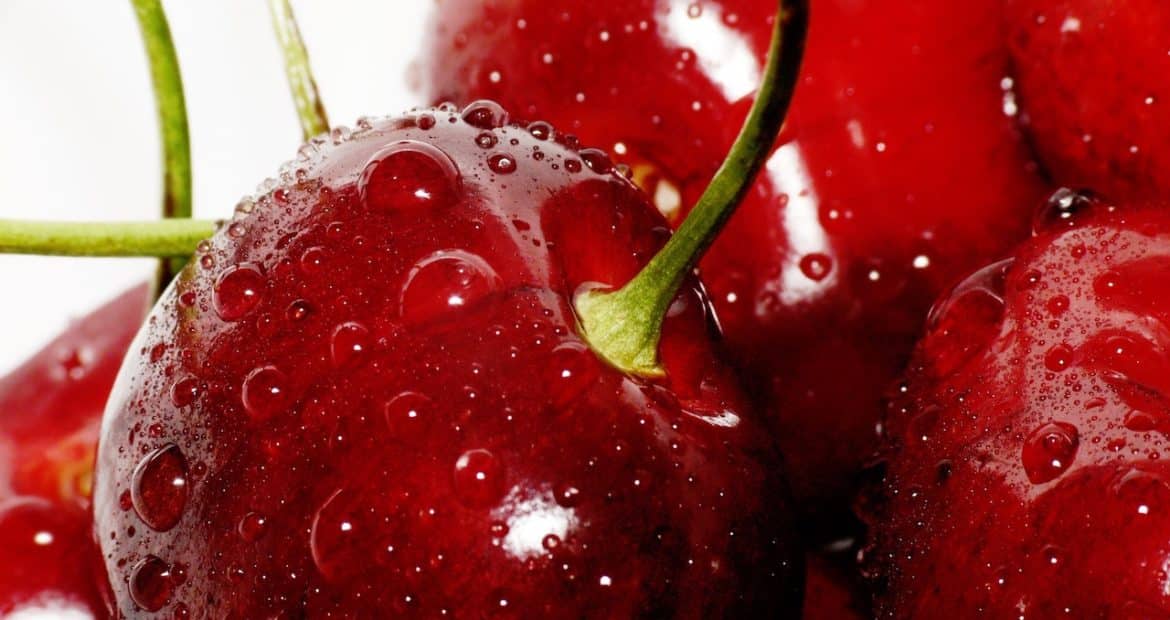 Cherries – Did You Know?

With their blood red flesh, addictive sweet flavor and impressive nutritional profile, it’s easy to see why cherries have been a go-to fruit among everyone from prehistoric cavemen to Michelin-star chefs.

Archaeologists have discovered fossilized cherry pits in Stone Age caves throughout Europe and Asia, and around 300 BCE the Greek author and physician Diphilus of Siphnos wrote that cherries worked well as a diuretic. Cherries were included in the rations of Roman soldiers, who unwittingly spread cherries throughout Europe by dropping the cherry pits as they expanded the Roman empire.

It’s believed that cherries were introduced to America in the 1600’s by settlers and French colonists who started orchards throughout the Great Lakes region. From those humble beginnings the U.S. cherry industry has developed into the second-largest in the world, second only to Turkey.

Packed With Antioxidants & Low In Sugars

Not only are cherries easy to eat on-the-go, but they also offer an impressive list of health benefits. A single cup of cherries contains 3.2 g of fiber and 12% of the RDV of Vitamin C – all without causing that dreaded blood sugar spike. In fact, cherries have some of the lowest glycemic index and glycemic load values of all fruits at 22 and 23.  This makes them a favorite among anyone looking to keep blood sugar levels in check.

Scientists have verified that cherries are packed with antioxidants, which help combat everything from cancer to high blood pressure and post-workout muscle soreness. Some studies have even shown that consuming moderate amounts of cherries can help improve sleep.  They elevate your mood and even give you a boost in brainpower. 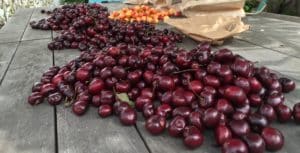 While domestic cherry cultivation has long been dominated by Washington State and Oregon, you might be surprised to learn that California now grows about 55,000 tons of the 350,240 produced each year in the United States. The most common varieties grown here are Bing, followed by the Brooks – a firm, red cherry developed at the University of California. Your produce distributor may also offer Chelen, Coral, Rainier and Tulare California cherries.

The bulk of California’s annual cherry crop is grown in San Joaquin County near Lodi, a small city that’s popular among wine lovers and foodies. Here in the Golden State the fresh sweet cherry season runs from around the third week in April through to mid-June, while tart cherries are harvested from late June through to mid-August. And thanks to the fact that cherries freeze beautifully, these sweet, all-natural treats are easy to include on your menu year-round. 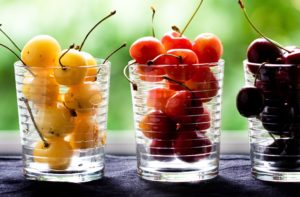 Produce Services of Los Angeles is a proud partner and wholesale produce supplier to over 400 restaurants throughout Southern California! In addition to being a wholesale fruit and vegetable distributor (including California cherries), we carry a full line of wholesale fresh and frozen fruits and vegetables along with dairy, and dry goods.  Not only do we support local farmers and source local produce whenever possible, we support up and coming talent in the food community.

Please REQUEST A QUOTE or visit our homepage at www.pslainc.com to learn more!
Follow Us: