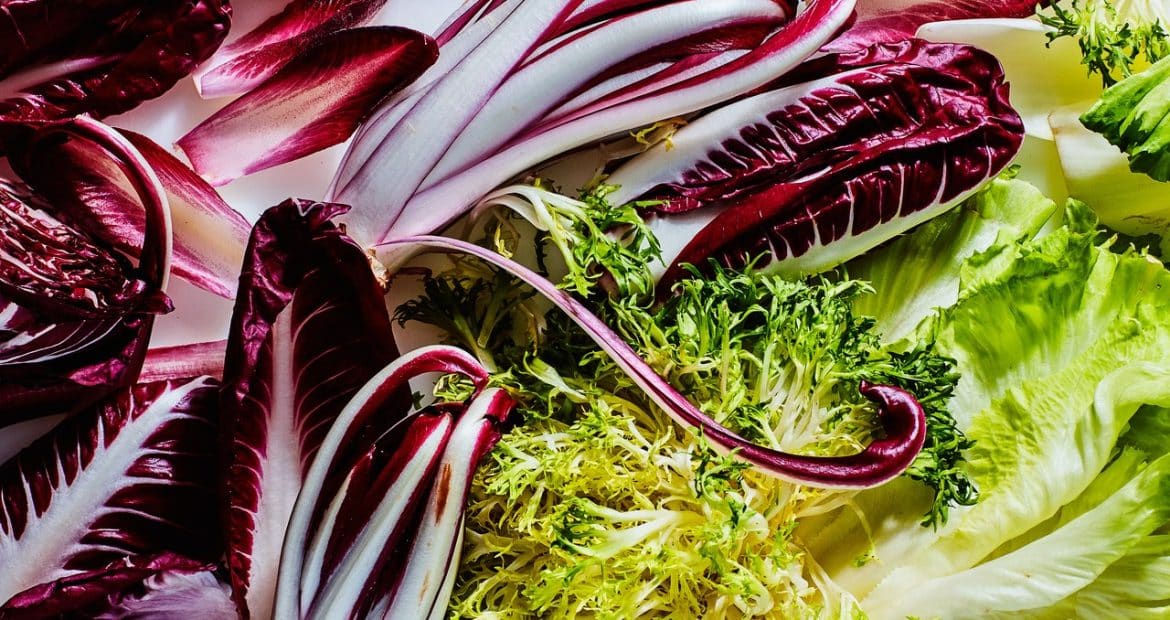 Looking for a way to add a unique flavor, great texture, and vibrant color to your salads? Need a break from traditional lettuces and salad greens? Want to put veggies from the chicory family on your menu?

While the actual origins of commercially-grown chicory is a bit of a mystery, a Belgium farmer named Jan Lammers is widely credited with introducing Witloff Chicory to the culinary world. Legend has it that Lammers found some leafy spouts growing amongst his stash of chicory roots that were used in place of coffee grounds. Lammers sampled the sprouts and began cultivating the leafy vegetable which was imported to Paris in 1872, where chefs marveled at the unique delicacy.

Chicories are one of the most underrated vegetables available from your local produce distributor. To start with, there’s a bit of confusion about what chicories are, thanks in part to the Brits — they often call chicories endive. Here in the U.S. chicory has long been relegated to ornamental duties on dinner plates, but thanks to a rising trend towards meat-free dining, chicories are becoming increasingly popular among chefs and consumers alike.

To help you navigate the often-confusing world of chicories, we’ve put together this chicory cheat sheet complete with all the different varieties of chicory available from your produce vendor. 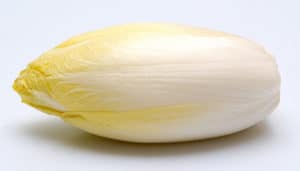 Belgian endive is a mild-flavored delicate vegetable that’s also known as both chicon and Witloff chicory. It’s pale white leaves are due to the fact that it’s grown indoors in near total darkness — a method that blocks chlorophyll development.

And if you’re thinking that red Belgian endive looks suspiciously similar to radicchio, you’re right. Technically speaking, this isn’t true endive at all — it’s actually immature radicchio that’s been grown in a way that forces the plant into its oblong shape. 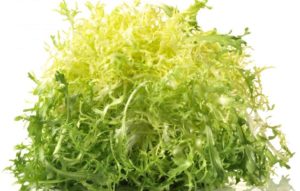 Also known as curly endive or frisee, this compact endive is characterized by it’s tight, frizzy green leaves that grow around a white, crunchy stem. It has a distinctive bitterness with a hint of pepper that pairs perfectly with strong flavors, making it the ideal base for an egg or pancetta-filled salad. 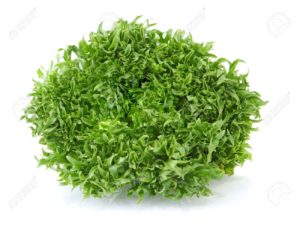 This chicory is often mistaken as lettuce because it’s one of the largest and darkest varieties of chicory that’s available through your produce distributor. Escarole is crunchy with a sturdy head that looks a lot like Boston lettuce, however, with one bite of the bitter leaves you’ll know this is definately a member of the chicory family. It’s perfect in main-course salads that feature full-flavored proteins like egg, salmon, or pork belly, and it also makes a great grilled accompaniment with grilled game meats. 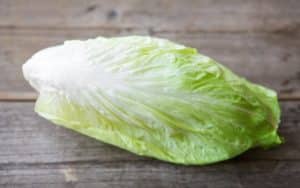 With it’s mild flavor and unmistakable oversized head packed with curly leafy green, Pan di Zucchero is a favorite among Italian chefs who use this vegetable both in raw salads and as a side dish served topped with a warm balsamic glaze.

At first glance, it’s easy to think that there’s something wrong with this chicory — it’s shaped like a small cabbage and its leaves are green with reddish tips and distinctive brown “freckles” that could be mistaken for a form of mold. Once you get over the appearance, you’ll be rewarded with a mild flavor that works well in both raw salad dishes and a brief flash in a warm pan. 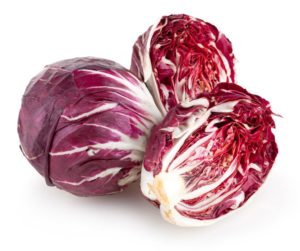 This is the chicory that’s become a standard fixture in pre-mix salads these days — it’s blood-red leaves and white stems add a burst of color to any plate, while it’s pepper-like bitterness provides a great contrast to sweet lettuces like bib and Boston. It also has one of the longest shelf lives of all the chicories, and it pairs well grilled with strong flavors like apple, walnut, and fresh olives.

Produce Services of Los Angeles is a proud partner and wholesale produce supplier to over 400 restaurants throughout Southern California! In addition to being a wholesale fruit and vegetable distributor (including persimmons), we carry a full line of wholesale fresh and frozen fruits and vegetables along with dairy, and dry goods.  Not only do we support local farmers and source local produce whenever possible, we support up and coming talent in the food community.

Please REQUEST A QUOTE or visit our homepage at www.pslainc.com to learn more!
Follow Us: