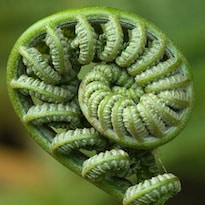 Fiddlehead ferns, are a delectable, edible immature fern that’s become a springtime favorite among chefs and foodies alike. They’re named for their distinctive, tightly-wound shape that resembles the head of a fiddle, and their flavor is a cross between asparagus and fresh green peas, with subtle notes of pine nuts and artichoke.

These crunchy, bright green vegetables are actually the young shoots of either the Ostrich or Lady fern, which grow wild throughout North America along stream banks, in woodlands, and other low-lying areas. Native Americans have eaten fiddleheads for centuries, and it’s thought that early French settlers to Maine and Eastern Canada were introduced to the fern by the local Mi’kmaq peoples.

The fresh fiddlehead season is exceptionally short because they must be picked within a day of sprouting, otherwise they’ll quickly blossom into full-sized plants that are bitter, tough and inedible. In most areas, this wild veggie can be found from late April through to early June, although the actual season tends to span less than two weeks in each growing region.

What makes them even more interesting is the fact that fiddleheads aren’t actually cultivated like traditional commercial crops – harvesters must forage for these tasty treats and cut every single shoot by hand, often hiking for hours just to reach remote fern groves.

While fiddleheads aren’t technically organic per se, they’re grown without the use of herbicides, pesticides, or fungicides, 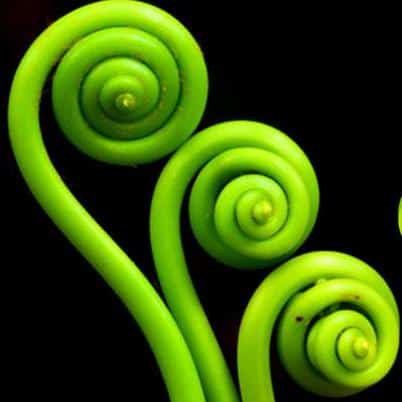 making them a popular choice among health-conscious diners who are willing to pay a premium price for this all-natural delicacy.

In fact, fiddleheads are packed with vitamins and minerals like iron, magnesium, and niacin. Canadian researchers have even discovered that these wild vegetables are surprisingly high in Omega-3 fatty acids, making these fern sprouts a great vegan alternative to fish oil.

Experts recommend against eating fiddleheads raw to both enhance their flavor and avoid the chance of suffering from gastrointestinal distress that’s been linked to the consumption of raw fern shoots.

Because they’re grown in the wild, fiddleheads need to be thoroughly cleaned to remove any dirt (similar to what you might find on asparagus). Start by trimming the ends off, then carefully submerging the shoots in cold water inside a colander. Drain and rinse the water off.

Just like with other greens, fiddleheads can be steamed or boiled then blanched in ice water to retain their bright color and crisp texture. 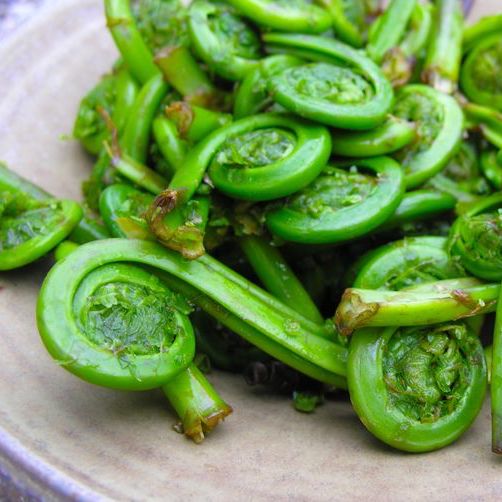 To properly clean fiddleheads, fill a bowl or basin with water, add the fiddleheads, and then gently swish the veggies around. This removes the brown, papery bits that sometimes cling to them (just a part of the fern) and any dirt or grit that may be hidden inside those pretty little coils.

Fiddleheads don’t keep for long – stored in the crisper in your fridge, they should be kept for no more than a couple of days. The stem ends will probably turn dark brown; just trim them before cooking.

Produce Services of Los Angeles is a proud partner and produce supplier to over 400 restaurants throughout Southern California!  We carry a full line of fresh and frozen fruits and vegetables including fiddleheads along with dairy and dry goods!  Not only do we support local farmers and source local produce whenever possible, we support up and coming talent in the food community.