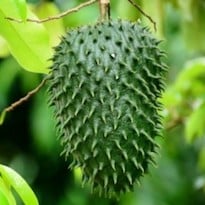 Graviola: The Next Big Superfruit

Looking for the next big thing in nutrient-packed, flavor-filled superfoods? If so, you’ll want to check out graviola, a sweet, white-fleshed fruit native of Central and South America that’s being used to create everything from exotic ice cream to cheesecake and ultra-healthy ready-to-serve graviola smoothie packs. 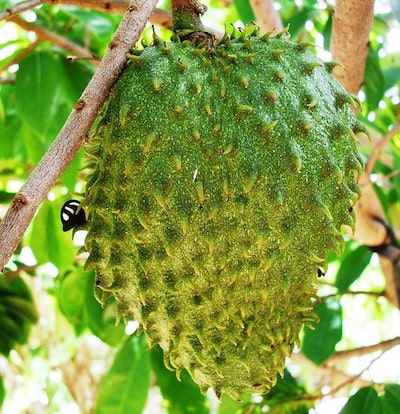 At first glance, graviola, a.k.a. guanabana, soursop, custard apple, or Brazilian paw paw might not look like anything you’d want to eat, let alone even lay your hands on.

With it’s lopsided oval shape and Shrek-colored leathery green skin covered with ominous-looking (but harmless) spikes, this tropical fruit isn’t just unappealing, it’s downright ugly. Add to that the fact that it grows to sizes that range from 4 to 12 inches long, with weights of up to 15 lbs per piece, this ‘franken-fruit’ doesn’t exactly scream ‘eat me’, but hidden inside that rough exterior lies a sour-sweet, creamy-white juicy flesh that’s filled with flavor and lots of healthy all-natural nutrients.

The fragrance of graviola is described as being ‘tropical fruity’, with notes of pineapple, banana, and papaya, making it the perfect addition to fruit juices, summertime deserts, and frozen yogurts.

Grown Around The Globe

Graviola is said to have been originally discovered in Central America, although it’s also been found growing wild in tropical and sub-tropical areas worldwide, including the Philippines, India, Africa, and Southeast Asia. In many countries, graviola is eaten raw for desert, or blended into a fresh beverage that’s often served up by street vendors.

Like many other fruits hailing from the tropics, graviola is rich in Vitamin C, B1, and B6, making it a great alternative to traditional citrus fruits or nutritional supplements. One cup of fat-free raw graviola pulp contains about 77% of the recommended daily value of Vitamin C and just 148 calories.

And not only does graviola taste great and contain lots of essential vitamins and minerals, each 225 gram serving of the creamy white pulp is packed with an impressive 7.4 grams of dietary fiber to help reduce spikes in blood sugar and deliver a full, satisfied feeling that lasts.

Graviola has recently made waves in the medical community as having potential cancer-fighting benefits as well. One study showed that extracts made from this superfruit may actually be more effective at combating the growth of some 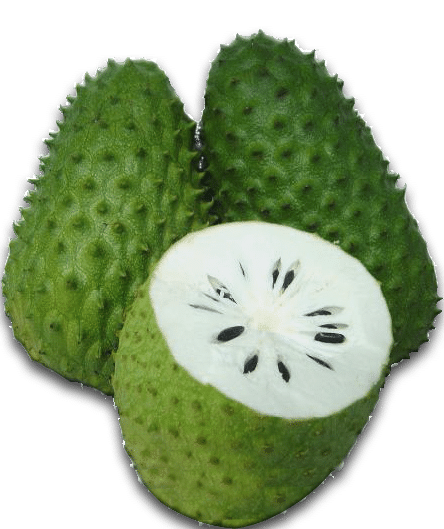 Generally speaking, graviola products like graviola smoothie packs are safe and well-tolerated by most consumers, however, the experts at Memorial Sloan Kettering Cancer Center advise against consuming graviola if you’re taking blood pressure medications, since graviola has been show to actually help lower blood pressure, and combining the fruit with anti-hypertension drugs could cause dangerously-low blood pressure levels.

Experts also advise against eating graviola fruit prior to having medical tests involving nuclear imaging (PET scans) as graviola can interfere with the uptake of the radioactive tracer materials used during the tests.

While fresh graviola can be found here in the United States, it’s usually sold as a frozen or canned product given the fact that it ripens rapidly and can be difficult to transport – that’s why graviola smoothie packs are a popular option for those who want an easy way to enjoy this tropical treat.

Graviola smoothie packs make a great base for healthy frozen beverages, but they can also be used to create exotic cocktails or put a nutrient-packed twist on the classic margarita! Some creative chefs are even using this up-and-coming superfruit to create mouthwatering, vegan-friendly soursop (graviola) sorbet – the perfect way to end any tropical-inspired meal!

So the next time one of your customers asks what’s new on your menu, why not offer up a refreshing, nutritious drink or desert made from graviola smoothie packs?

Produce Services of Los Angeles is a proud partner and produce supplier to over 400 restaurants throughout Southern California!  We carry a full line of fresh and frozen fruits and vegetables along with dairy and dry goods!  Not only do we support local farmers and source local produce whenever possible, we support up and coming talent in the food community.