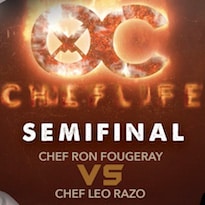 Chef Ron Fougeray and Chef Leo Razo are facing off in the kitchen during Oc Chef Life’sBattle of the Chefs.

In this competition, sponsored by PSLA, OC chefs put their skills to the test in front of our live studio audience to see who gets to advance and earn the title of the “Best Chef in Orange County.”

How Does It Work?

During each competition, chefs are chosen to compete. They are given a theme and the chefs summon their creativity to create a dish based on the theme using the freshest fruits, vegetables and meats available. The judges weigh and discuss each delectable dish before the studio audience votes on which chef goes to the next round.

With tons of experience between them and a proven history of success in the culinary arts, the chefs can take the heat. The question is, who will be left standing in the kitchen?

After getting his start in French cuisine, Chef Ron Fougeray is all about setting high standards and exceeding them time and time again. His combination of precision, creativity, and flawless technique will be tough to beat. 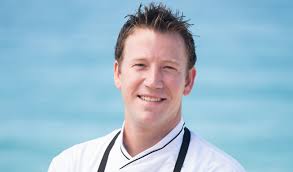 With his dual specialty in Argentine and Italian cuisine, Chef Leo Razo brings an international flair to his practice of the culinary arts. Armed with his sophisticated understanding of different flavors and the ways in which food can be combined to create a personal experience, Chef Razo is undoubtedly a formidable opponent. 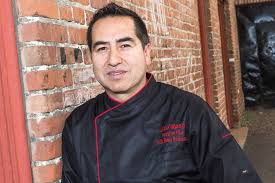 Chef Peter Lai is an executive Chef at Oak Grill and Aqua Lounge at Newport Beach’s Island Hotel. His elegant style and mouthwatering combinations are living proof that sometimes less really is more when cooking modern American cuisine. Whether championing stalk-to-root vegetable cooking, planning Aqua Lounge’s Signature Bites menu, or searching for Southern Californian products to incorporate into his menus, Peter knows all about setting trends in the culinary arts.

Chef Damon Gordon‘ s a Culinary Director who supervises all the restaurants associated with King Signature Group properties. In other words, Damon has a lot on his plate every day with a list of responsibilities that includes several Water Grills, Huntington Beach’s Fish Camp, and Long Beach’s 555 East to name just a few particular places. With 25 years of experience on his extensive and impressive resume, he’s held Executive Chef positions at several places including the Blue Door, Mix and Ono, and even won awards in this position at the Quarter Kitchen. Plus with a previous appearance on the TV show “Chopped” in his background as well, it’s safe to say that this isn’t Chef Gordon’s first cooking competition rodeo.

Currently the Executive Chef at the Surf and Sands Resort’s Splashes Restaurant, Chef Ron Fougeray has been rubbing elbows with some of the very best in the culinary world from the beginning with seven years spent working under the tutelage of renowned French chef Georges Perrier. Known for his high standards and precision, Chef Ron’s passion for creating exquisite dishes knows no bounds. Ron is a graduate of Johnson & Wales University’s Culinary Arts Program.

Chef Michael J. Doctulero is a 35 year culinary veteran who discovered his love of cooking as a child and whose passion for the kitchen has led him from San Francisco to Seattle before his most recent landing in Orange County. Right now he may be putting his extensive experience to use in the Battle of the Chefs but you can normally find him applying his award-winning culinary talents as the owner and Executive Chef at Mahjong’s Catering.

Chef Linda Johnson is Filomena’s Kitchen, Café, and Market’s owner, executive chef, and resident Italian cultural representative. After perfecting her homemade pasta-making technique at home with her grandmother, she then honed her pasta sauce-making technique at home with her Aunt Rosemary. Fast forward to today and guests can taste her dedication to her craft in every bite as she spends every day keeping the traditions of her Italian heritage alive at Filomena’s, the restaurant she named after her grandmother.

Before he became Villa Roma Argentine & Italian Restaurant’s co-founder and Executive Chef, Chef Leo Razo was delighting guests at places like Huntington Beach’s Sea Cliff Country Club and immersing himself in Argentine and Italian culture while travelling. With his unique cultural and culinary experience and his one-of-a-kind menu fare, he now dazzles the taste buds of Orange County tourists and residents with the help of his staff.

Chef Andrew Gruel is the found Executive Chef of Slapfish Restaurant whose personal flair, business savvy, and all-around hustle have turned his food truck business into a booming double-digit location franchise. With appearances on PBS, the TODAY Show, the Cooking Channel, and even a judge’s role on Food Truck Face Off, it’s safe to say that Battle of the Chefs isn’t Andrew’s first taste of culinary competition. We’re looking forward to seeing what he does.

When you look at the role that Chef Collin Thorton plays for Monarch Beach Resort, “Executive Chef” doesn’t quite seem to cover it. Originally from Canada, Collin got his start in Edmonton, Alberta as a dishwasher when he was 14. Today, after coming up with the original ideas for the Monarch Beach Resorts five dining establishments, Chef Collin, with the help of the Sommelier and the Stonehill Tavern’s Executive Chef, plans menus and oversees the culinary staff at the resort. AVEO Table + Bar is just the tip of the iceberg.

Chef Niki Starr Weyler is an Executive Chef at The Camp’s Mesa who grew up learning about food as an Orange County native and then kissed her nursing career good-bye after trying out Julia Child’s recipes and realizing that she couldn’t resist the call of the kitchen. Between her work at Charlie Palmer Restaurant, her education at the San Diego Culinary Institute, and her current role, her creativity and passion shows in every dish she creates.

When it comes to the culinary arts, Chef Pascal Olhats has pretty much done it all. He’s won awards, he’s trained in France, he has owned or been involved with multiple Newport Beach restaurants over the course of the past 27 years. While currently utilizing his incredible talents towards the management and ownership of four restaurants in Café Jardin Restaurant, Pascal’s Catering, Pascale’s Tea Garden Creperie, and Pascal’s Café in San Juan Capistrano, Pascal is also a restaurant group consultant.

Chef Zach Geerson is Hotel Fullerton Citizen Kitchen‘s Executive Chef in a restaurant that strives to combine the old with the new in a sleek, sophisticated, and modern setting that’s thoroughly of his own making. After wrapping up his degree at the Culinary Institute of America, Zach’s culinary career has been characterized by rapid promotions and parades of satisfied customers. His career may be young by culinary standards, but there’s no question that Chef Zach is a rising star.

As a proprietress and hands-on chef with a fine-tuned eye for ingredients, flavor, and taste, Chef Linda Johnson has both the background and the seasoned palette to assess any dish the competing chefs come up with. With her background in Italian cuisine, she brings a unique dimension to our judge’s panel.

With a resume that includes her status as President of the OC Restaurant Association, the founder of Orange County’s Golden Foodie Awards, the Pacific Wine & Food Classic, and extensive press besides, Pam Waitt is no stranger to the judge’s table. Her familiarity with both the culinary arts and the judging process made her a no-brainer addition to our panel.

Born and trained in France with numerous apprenticeships and restaurant-owning experience to go with his restaurant consultancy work, there is very little in the way of technique and cooking that Chef Pascal Olhats hasn’t seen. His insight and knowledge is sure to go a long way on our panel.

Produce Services of Los Angeles is a proud partner and produce supplier to over 400 restaurants throughout Southern California! We carry a full line of fresh and frozen fruits and vegetables along with dairy and dry goods!  Not only do we support local farmers and source local produce whenever possible, we support up and coming talent in the food community.