Persimmons- Did You Know 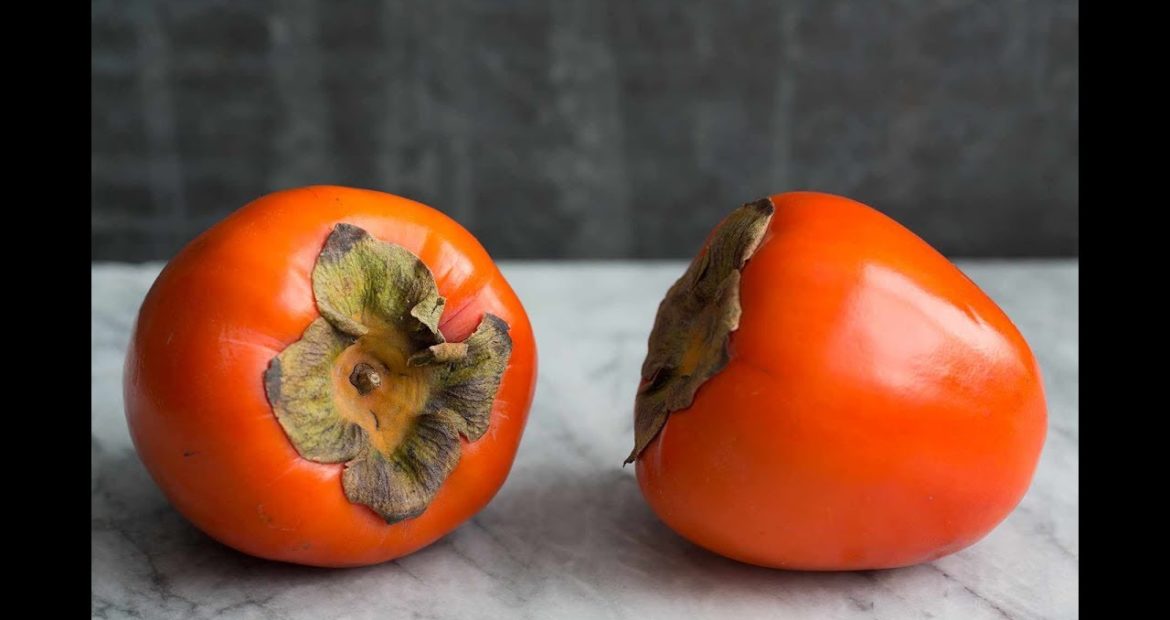 Persimmons- Did You Know

Here in California, the arrival of the persimmon crop at Produce Services of Los Angeles is a sure sign that summer is officially over and autumn has arrived.  Its also a sign that we are ready to be the persimmon distributor of choice for your restaurant.  They’re packed with plenty of fruity, apricot-like flavor, and according to Martha Stewart, persimmon is “an underrated fall fruit” which “deserves the same hype as pumpkins”. Martha, we couldn’t agree more.

There are two distinct types of commercially cultivated persimmons available from your produce wholesaler – Fuya and Hachiya. Both types are exceptionally high in Vitamin C, and a mere 100 grams of the fruit contains nearly 10 percent of the RDA for dietary fiber.

The Fuya variety can be identified by it’s squat, rounded shape that resembles an orange tomato.  These non-astringent persimmons can be eaten even if they are underripe.  This makes them a popular choice among consumers (and chefs) who simply can’t wait for their fruit to fully ripen. Fuya’s can be eaten straight off the tree when still slightly firm, making them a great on-the-go snack. 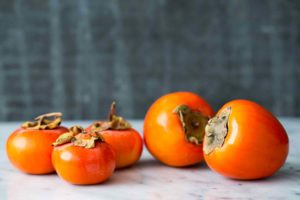 By comparison, rounded, acorn-shaped Hachiya persimmons are quite astringent, giving them a strong, bitter flavor prior to fully ripening. This is why some people mistakenly believe persimmons are exceptionally sour and pungent.   These poor folks simply made the mistake of sampling an underripe Hachiya persimmon! In fact, once ripe and ‘squishy’, this variety of persimmon is often described as being ‘candy sweet’, making it an ideal ingredient in jellies, jams, cheesecakes, and pies.

Persimmon trees are a common sight throughout the southeast United States, where Native Americans first dried the fruits for use as a nutritious, calorie-dense food.  This technique helped them survive throughout the winter. Early European settlers also relied on wild persimmons as a way to stave off scurvy. According to culinary historian Michael Twitty, some enslaved African-Americans would ferment persimmon beer rather than drink the contaminated water that was often found in slave communities.

Historians believe the Chinese started cultivating persimmons more than 2000 years ago, where the fruit was widely used for medicinal purposes. From there the plant traveled to Europe as well as Spain, Italy, India, Brazil, and Japan. 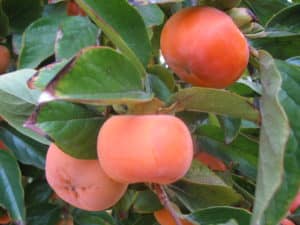 In 1870, the U.S. Department of Agriculture imported grafted Japanese persimmon trees in order to establish commercial crops along both the east and west coast. Today the bulk of the domestic persimmon crop is grown here in California, although sizable production also occurs in Florida and Texas. During the off-season, Americans import about 7 million pounds of fresh persimmon from Spain, Isreal, Chile, and South Africa.

Here’s A Secret – It’s Not Really A Fruit

That’s right – technically, persimmon fruit isn’t actually a fruit at all. According to botanists persimmons are classified as berries, thanks to the fact that they don’t have a stone or pit, but rather multiple seeds, similar to tomatoes, grapes, and red currants.

And although most people enjoy eating persimmons, Melissa Bunker of North Carolina uses her backyard persimmon tree to forecast the weather. Also known as “The Persimmon Lady“, she cracks open multiple seeds and examines the white-colored part (called a cotyledon) to ‘read’ the seeds – and this year she’s predicting record snowfall throughout central N.C.!

This fall, why not take the advice of Martha and contact your favorite produce distributer, Produce Services of Los Angeles, to make persimmons a star on your autumn menu?

Produce Services of Los Angeles is a proud partner and wholesale produce supplier to over 400 restaurants throughout Southern California! In addition to being a wholesale fruit and vegetable distributor (including persimmons), we carry a full line of wholesale fresh and frozen fruits and vegetables along with dairy, and dry goods.  Not only do we support local farmers and source local produce whenever possible, we support up and coming talent in the food community.